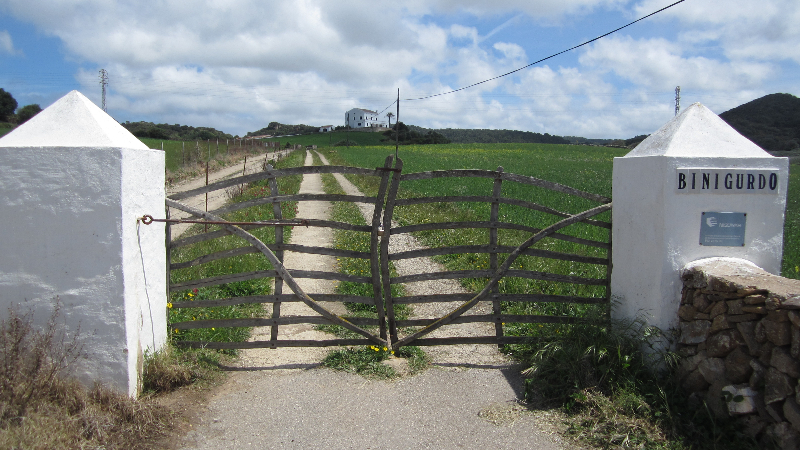 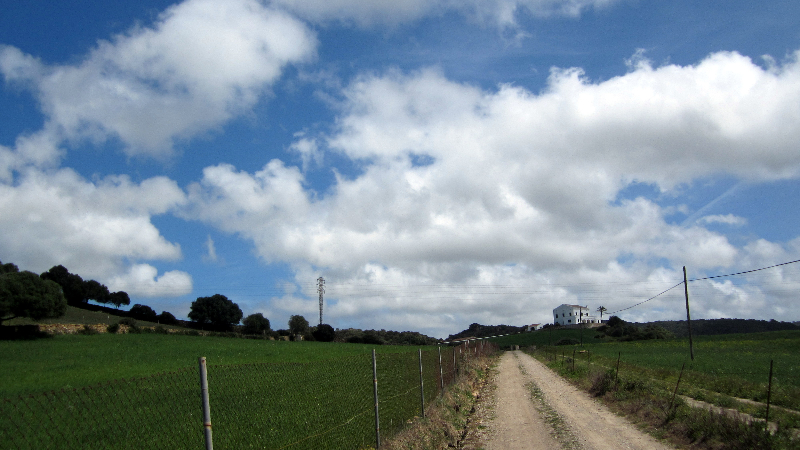 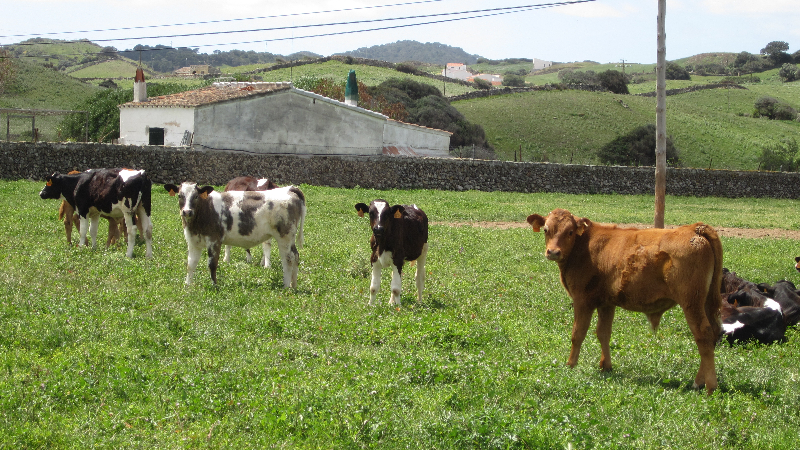 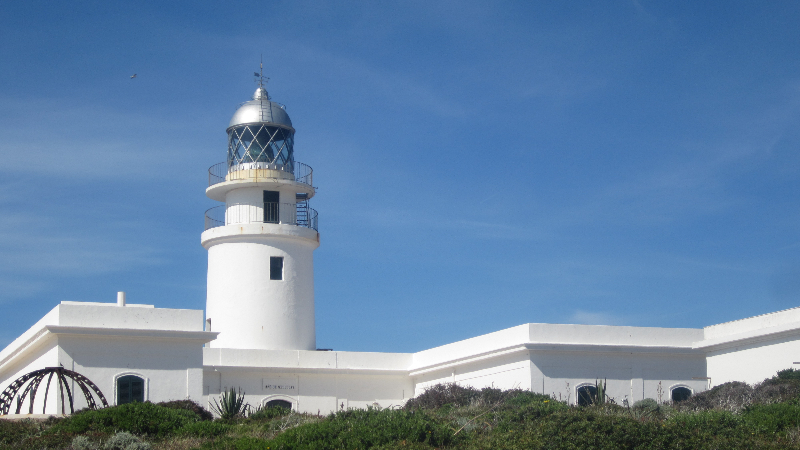 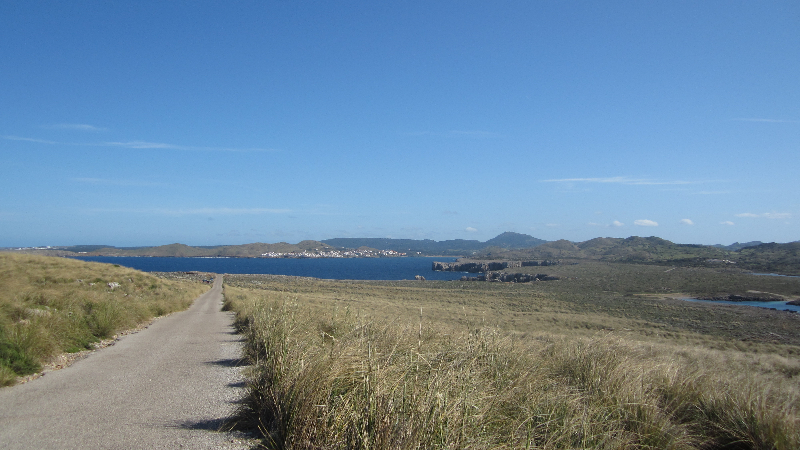 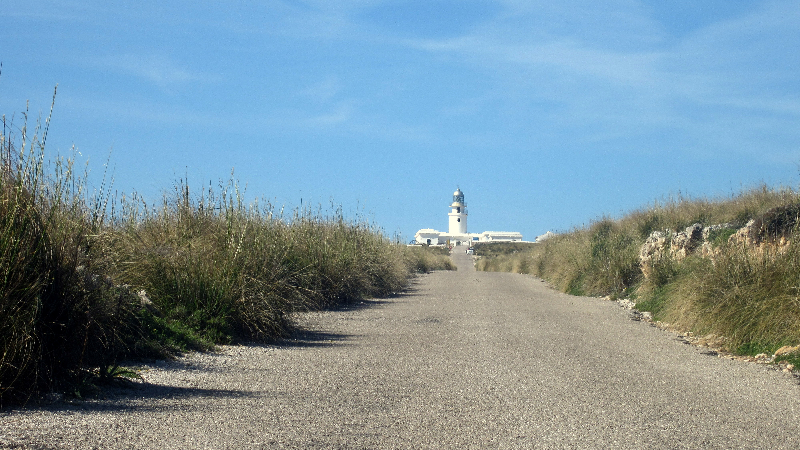 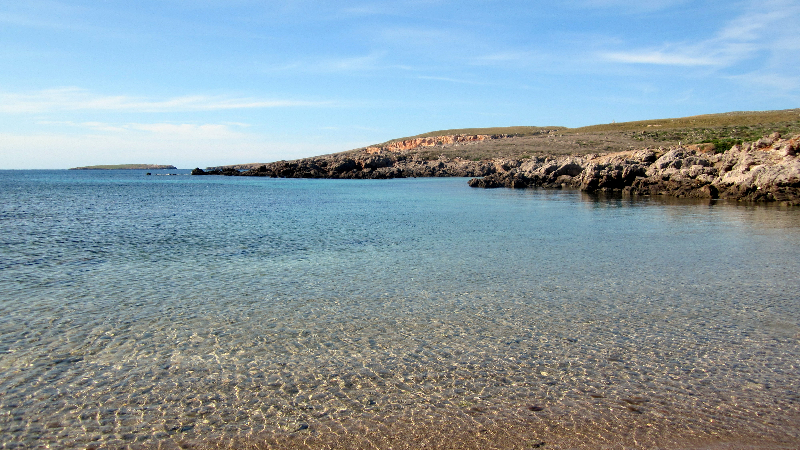 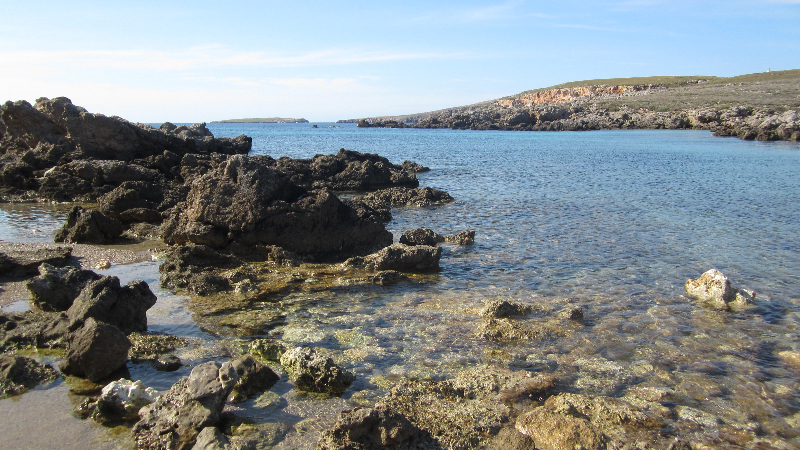 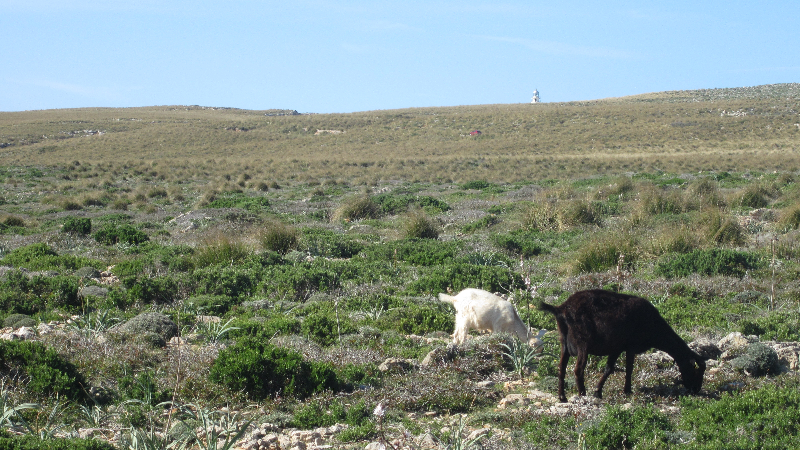 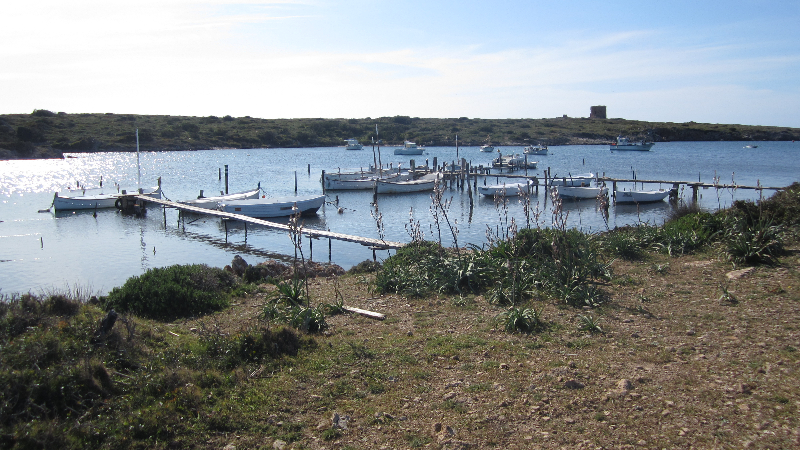 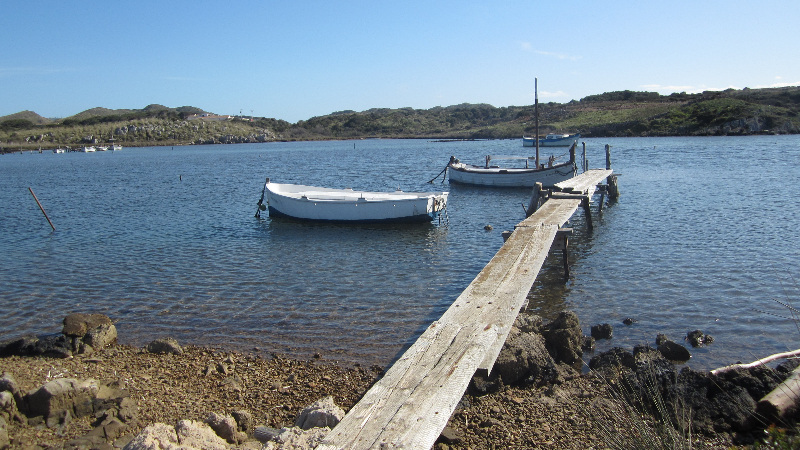 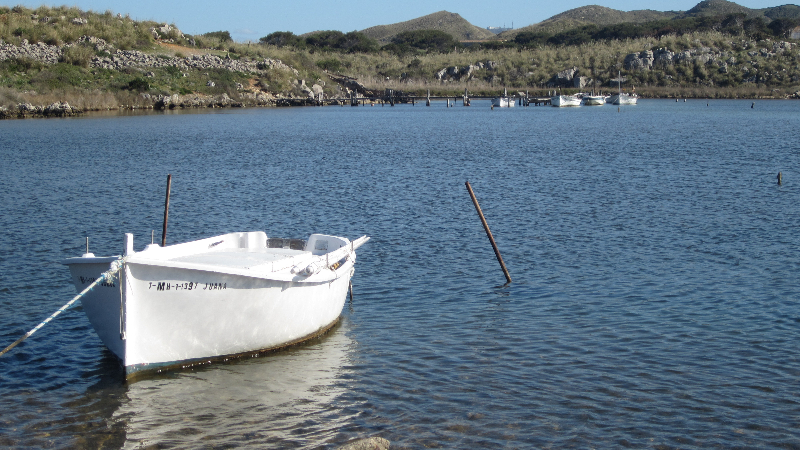 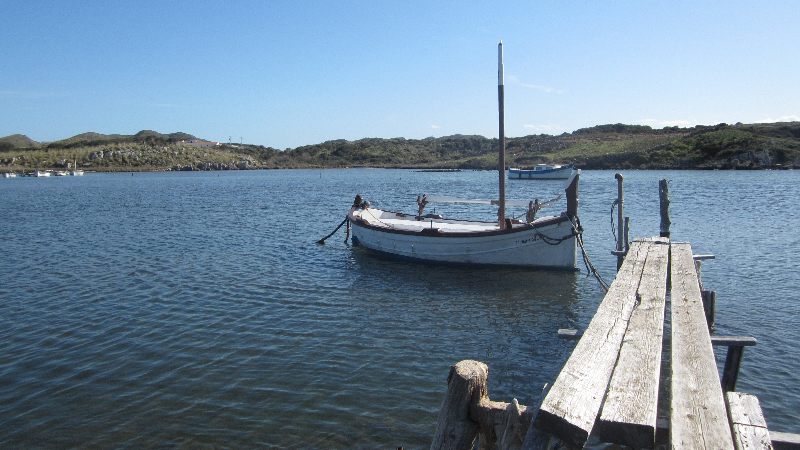 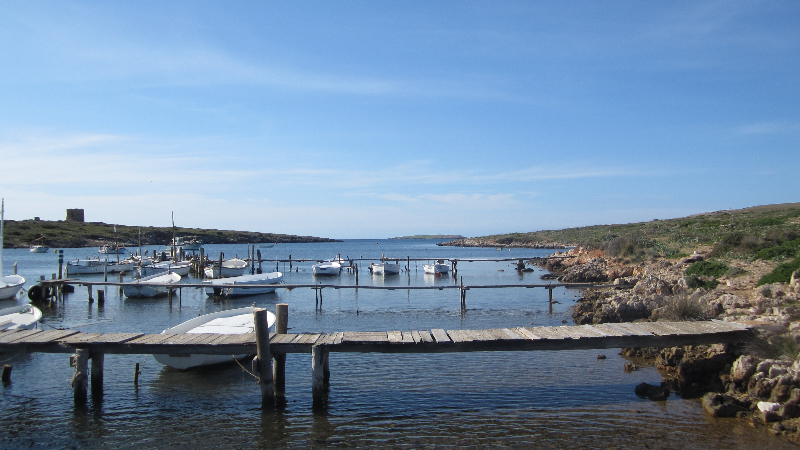 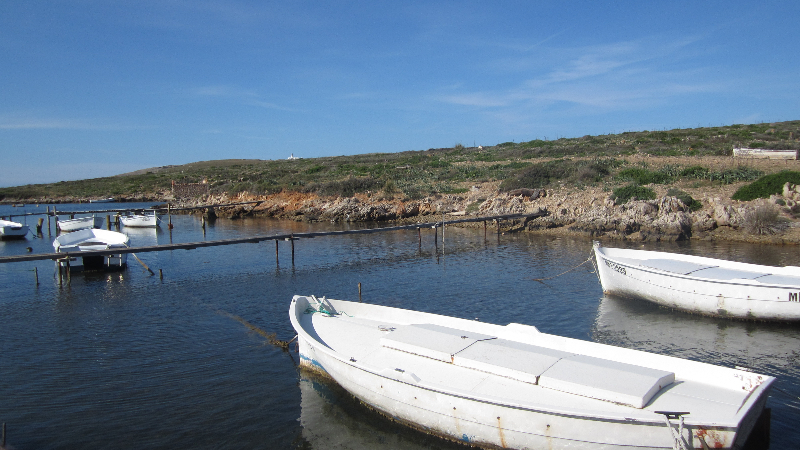 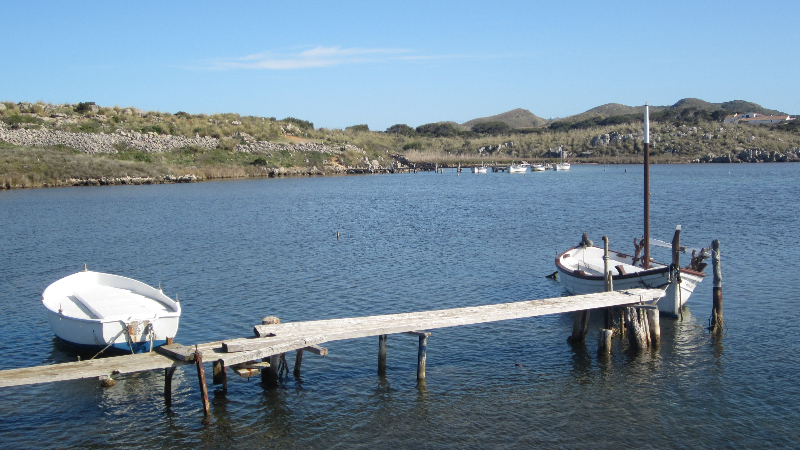 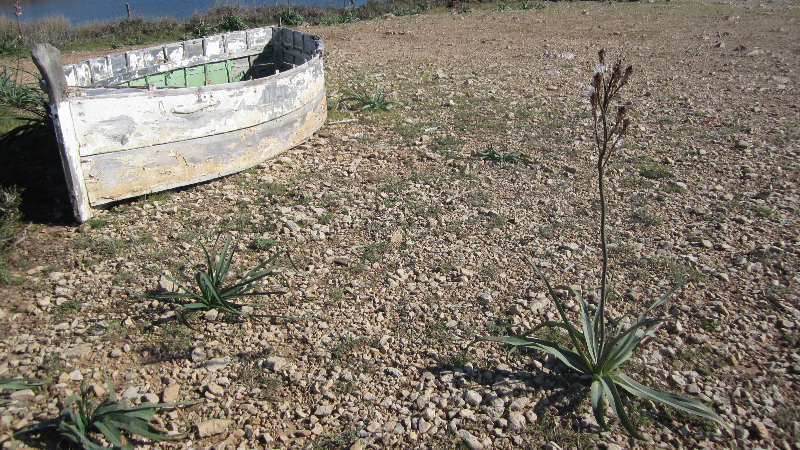 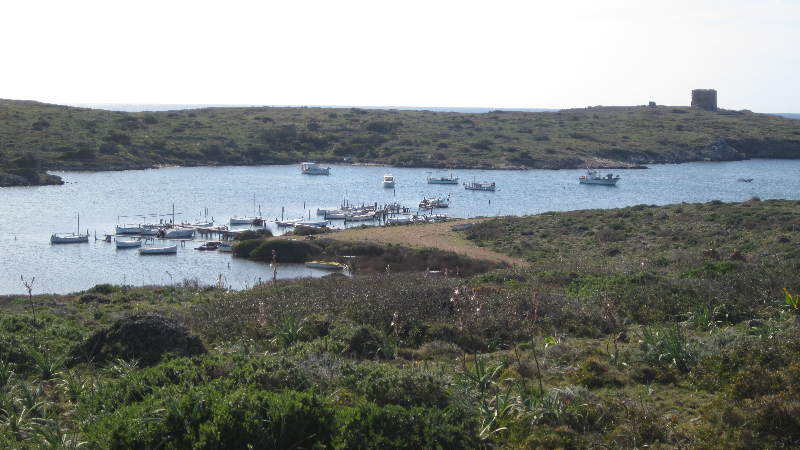 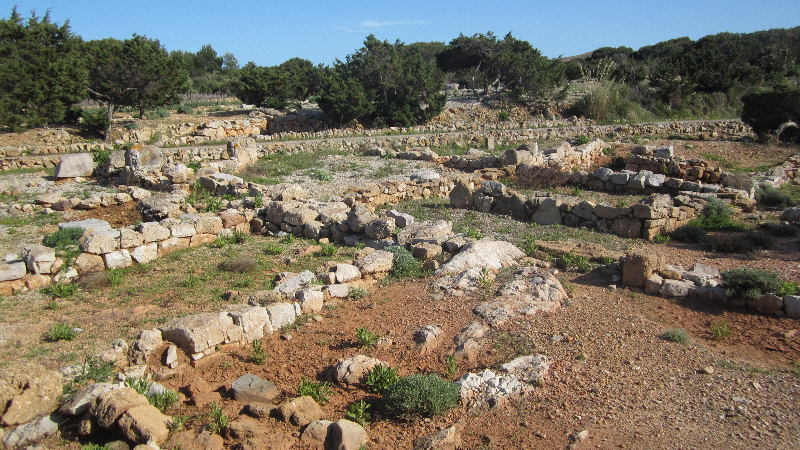 We recommend this tour because it comprises three areas of interest: historical, natural and scenic and ethnological, as agricultural scenery of Menorca, its unspoilt coastline, and to know the vestiges of Roman Menorca. For this tour we will need your own vehicle, the car is ideal  and leave for athletes doing so by bicycle. From Fornells or from Es Mercadal, armed with food and drink as we shall not buy it at our destination, take the road called “Cami de Tramuntana” taking always  the direction of Cavalleria. The winding road enters a landscape of rolling hills dotted with white villages of the “llocs” (menorcan farms), always accompanied by the ubiquitous drywall divisions and herds of Friesian cows that provide milk with which it is produced the Mahon-Menorca cheese. We leave on our left the turning that leads to the beach of Cavallería, and at right hand the Cap de Cavalleria Ecomuseum, which isan interpretation center in the area. Always leading us to the lighthouse wich you can already see on the horizon, we find the long, narrow Sanitja port, excellent natural shelter for ships, which spoke about  Pliny the Elder in his Natural History, citing, as he described Menorca, Sanicera (Sanitja), Magona (Mahon) and Jamma (Ciutadella) as the three main towns of the island. The centuries have been cruel to the important Sanitja settlement was between the first century BC and the third century AD: the naked eye can only distinguish the British defense tower, of the eighteenth century, and wooden docks that accommodate some pleasure crafts. But if we pay attention, we can see the archaeological excavations that may return Sanitja to its lost glory. Continuing towards the lighthouse, overlooking the north coast of Menorca on a dizzying cliff, a desolate landscape, which is punished by salinity and wind from the north, we find flora and fauna adapted to this hostile environment, like the reed, the samphire or “socarrell”, flown by the osprey while the Balearic shearwaters and cormorants fishing in the rich waters that beat the rocky coast. Children will enjoy the company of feral goats, they are likely confident if given a piece of bread. Finally, we can cool off in the sparkling waters of the cove of Ses Galères, located halfway between the lighthouse and Sanitja.