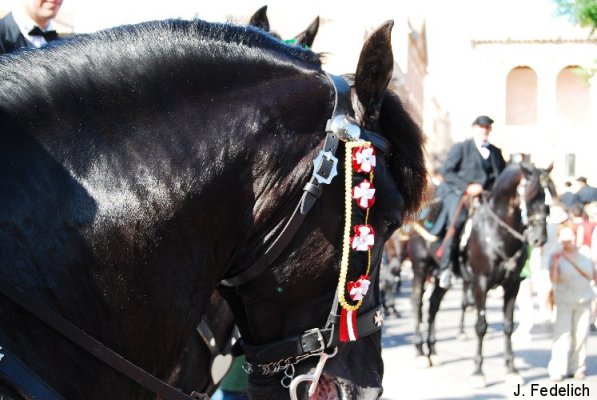 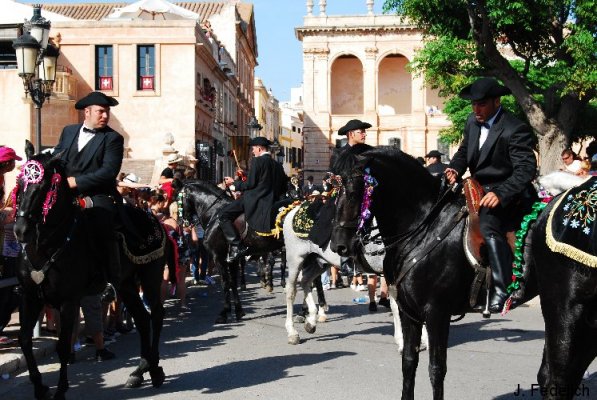 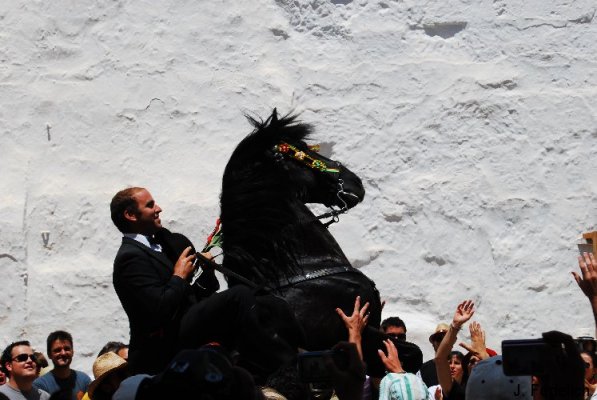 The festivals of Menorca, which take place consecutively,  along the summer, in all the towns in Menorca are based on the ancient festival of Sant Joan (23 and 24 June), Ciudadela. These, which are also the first to take place, have led the way to the rest of the peoples of the island, which have adapted to their particular festival. The common point of all festivities of Menorca is the horse, who is also the center and the main protagonist. These beautiful animals are bred in Menorca as a race itself, the Menorcan horse. The horses decked out in the streets, where they are cheered by young islanders to perform jumps and seek to stay as long as possible on their hind legs. Their riders, known as caixers, are at  Ciutadella peasants  except Caixer Senyor (representative of the nobility), the Caixer Casat (chosen by the Caixer Senyor among artisans and trades workers traditional village), and the Chaplain, representing the clergy. In other villages, Caixer Senyor is replaced by Batle Caixer (the town mayor or a councilor) and allow to participate in the festival to all citizens who have horses. Another aspect that differentiates the festival of Sant Joan are the medieval horse games (l’ensortilla, correr abraçats and carotes) that take place on June 24. Although it may seem that these festivals, in which horses are mixed with the crowd while performing their antics, involving some danger, the fact is that it is not. The horse is well trained to avoid harming those present, and if kept a safe distance from the festival can be experienced as a Minorcan  safely. Accidents occur (trampling, etc..) Are produced mainly by the excessive consumption of alcohol. The holiday schedule is as follows (some villagess have fixed dates and others always conform to the weekend):