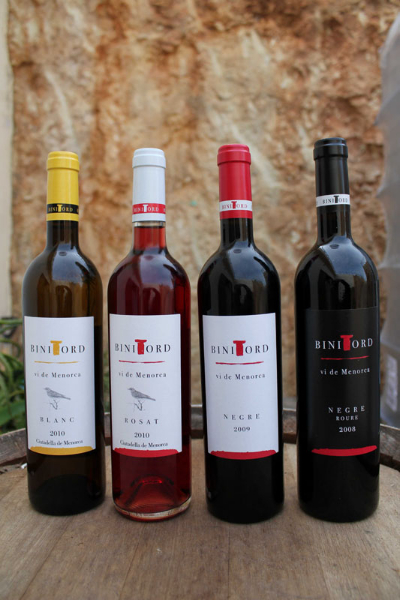 In Menorca has always produced wine. Undisputed that in 1231, the Muslim authorities who governed the island included among their gifts to King James I a quantity of wine in Menorca. As a result of British domination, from 1708, wine production increased exponentially, due to overwhelming demand from British ships in the harbor of Mahon. Wine quality was excellent, and the golden age of wine Menorca peaked in the early nineteenth century, with 1500 hectares of vineyard. Since that time, coinciding with the return of Minorca to Spain by the United Kingdom, production began an unstoppable decline, also determined by the vineyard pests such as phylloxera. During the twentieth century, wine production in Menorca was reduced to a minimum, being used only for home consumption. However, from the 80 was attempted, in Es Mercadal, conducting a quality wine production with modern methods. This project has been caught on and realize the term “wine of Menorca Island.” The flagship wine of this appellation is the red grape Merlot and Cabernet Sauvignon. This is a stock round on the palate, well balanced, red fruit aromas and spice and bright cherry color. As for whites, there are two varietal, like Chardonnay, a wine without cask fresh, with aromas of fruit and nuts; and Malvasia, very aromatic and intense.