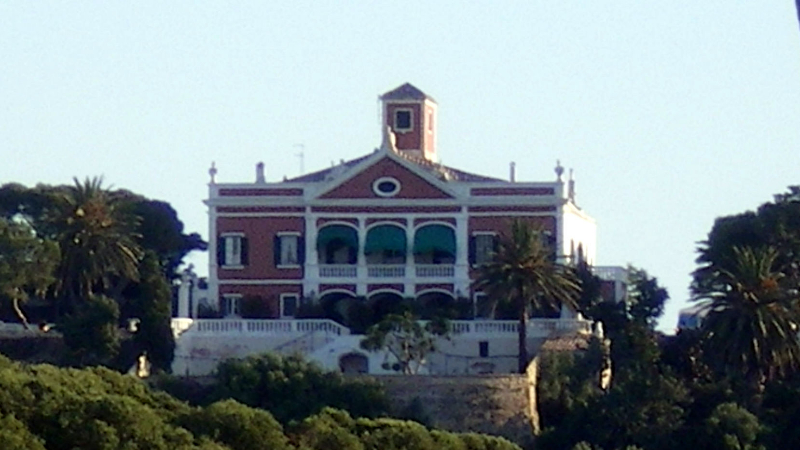 The history of Menorca is the story of a succession of invasions. This is  logical, if we consider that the island is situated in a strategic position both militarily and commercially, and has therefore been a key coveted by nations and empires that have tried to rule the Mediterranean.

The talaiots and taulas dotting the island date from a time relatively late in the chronology of prehistoric, Bronze Age, which runs in Menorca from 1,600 BC to 200 BC. When the Talayotic culture began to decline, Menorca was visited by Phoenician and Greek traders, and the first military conquest, that of the Carthaginians, who founded the cities of Jamma (Ciutadella) and Maghen, (Mahon). In the famous Carthaginian troops militated Balearic slingers, of those who said they were able to penetrate the shields and helmets with their stone projectiles. The Romans, led by Quintus Caecilius Metellus conquered the Balearic Islands in 123 BC, giving the name of Balearis Minorica Minor or to our island. From the period of Roman colonization is the mosaic found in King Island, in the port of Mahon. Have also been found bronze statuettes, ornaments, inscriptions and abundant pottery. Excellent samples of it all are exhibited in the Museum of Menorca, located in Mahon. In the Early Christian period, which lasts until the Arian Vandals take the island in 427, retained the basilicas of Son Bou, Torello, Es Cap d’es Port of Fornells. The occupation of the island by the Arabs carried out the early tenth century, but two centuries before the ships leaving the peninsula and North Africa coast and temporarily laid siege to the villages.  Four centuries of Muslim rule have left a deep imprint in Menorca. Not only in place names (Binibeca, Binisafulla, Alcaufar, Cala Galdana, and a long list), but also the love of horses, archaeological sites, including the Castillo de Santa Agueda, and beautiful legends have been transmitted orally. In 1287 Alfonso III conquered Menorca for the crown of Aragon, exterminating the Muslim population to be replaced by settlers from Catalonia and Mallorca. The most tragic events (after the bloody reconquest) of the history of Menorca are produced in the sixteenth century, with the sacking of Mahon (1535) by the Turkish pirate Barbarossa and more if possible, the Ciutadella by also Turkish Piali pirate  in 1558. On July 9 of that year the attackers, after more than a week of siege, managed to breach the walls of Ciutadella. The slaughter and destruction of the city is described at the document called “Act of Constantinople.” More than 3,500 ciutadellencs were taken as slaves. French and English alternated in control of the island since the first British occupation in 1708 until the signing of the Treaty of Amiens in 1802, which Britain returned Minorca to Spain. These dominations have left evident traces in the architecture, language, and even the nature of Menorca. The fort of Marlborough, in Es Castell, or the home of Lady Hamilton, mistress of Lord Nelson, are recommended visits, and the fortress of La Mola (Fortress of Isabel II) in the entrance of the port of Mahon.