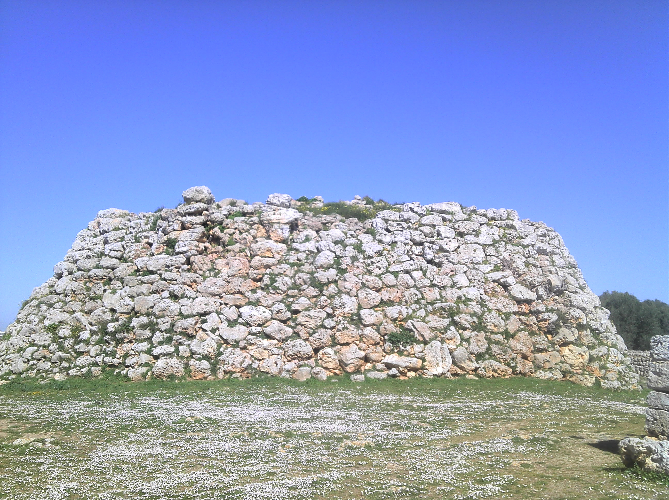 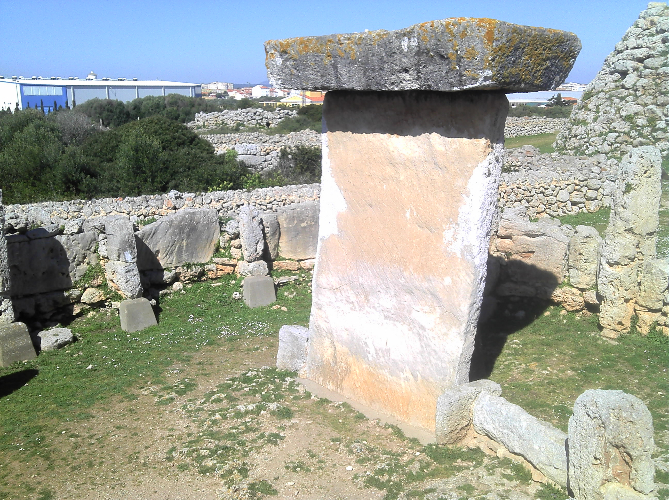 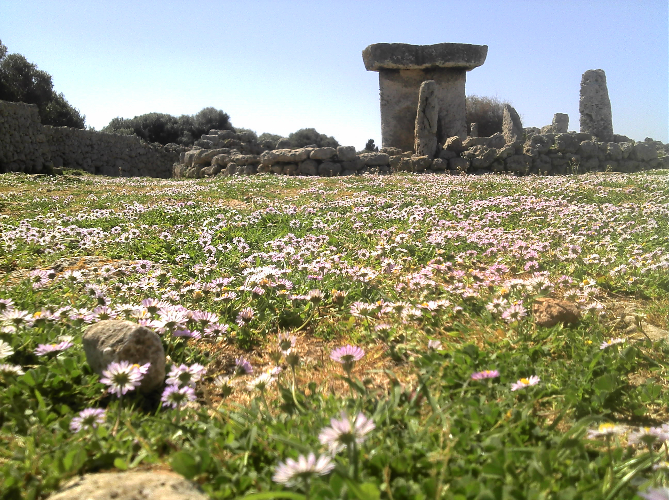 An added attraction, and we say this because to a certain number of tourists it is unnoticed, is the great archaeological richness of the island. The remains of the ancient inhabitants with millenary antiquities, are scattered by dozens on Menorca fields. The navetas, which were begun to build towards 1,500 BC, are stone constructions, with funerary function, which are so called because its shape resembles an upturned boat. The most spectacular is the Naveta d’es Tudons, located near Ciutadella.  Talayotic culture, still in time to navetas builders, gets its name from the construction features of the period, the Talayot​​. These, reaching ten meters tall, conical towers are built with huge stones, apparently with a defensive function. Have not reached our time with its corridors and inner tubes, which are crumbling today. In the vicinity of some talayots can still be seen the remains of the ancient Talayotic villages. The monuments named taulas are typical of the Talayotic culture. This consists of two large flat stones, which are arranged one above the other forming a large “T”. The religious purpose of construction, which is evident, it leaves many questions about the exact role of the big “T” of stone, set in an enclosure formed by large vertical blocks