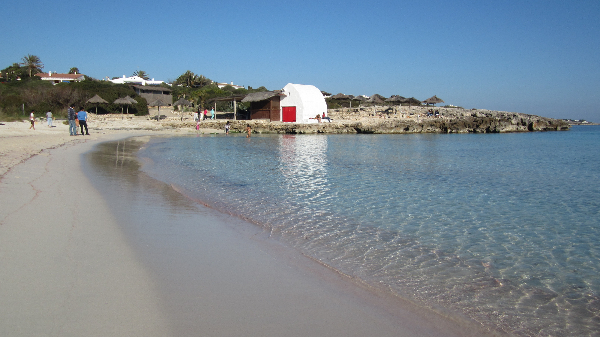 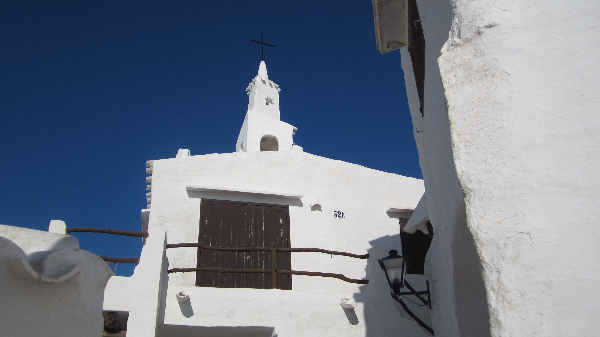 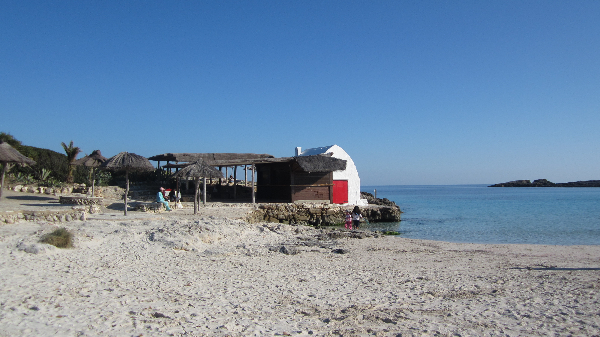 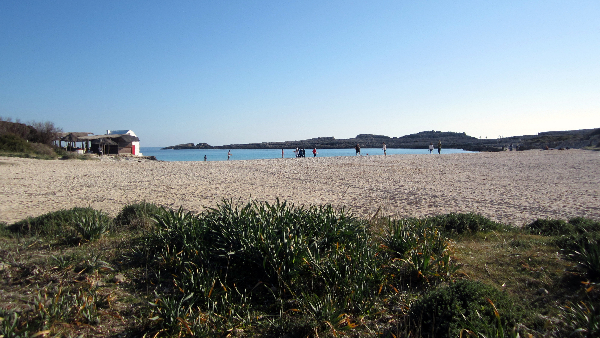 Binibeca beach is without doubt one of the most picturesque of Menorca, with 180 meters of length and a very clean waters. It is located in the municipal district of Sant Lluis, about 8 km from Mahon. Being so close to Mahon and Sant Lluis is often very crowded in summer by the large number of people residing seasonally in their second homes. In the urbanization of the same name is found the “fishing village” of Binibeca Vell, a picturesque architectural experiment which imitates perfectly the old buildings of Menorca, which has become a point of reference for visitors. Do not forget that while it is beautiful and photogenic, the said village is nothing but a recreation, probably the only non-authentic on the island. All around are found many shops, bars and restaurants.]