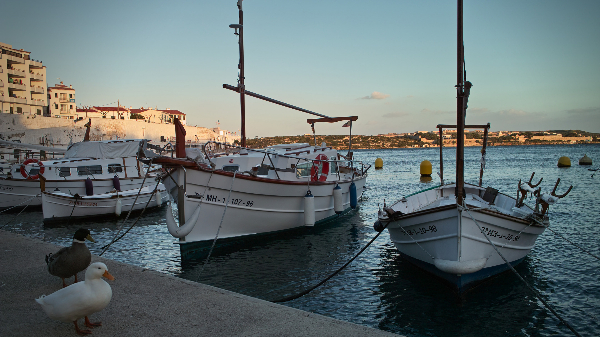 The village of Es Castell, born on the shores of Port Mahon as British suburb of Fort San Felipe, was named by its founders as Georgetown. When British domination finished, the Spanish decided to rename it as Villacarlos. Now it is called Es Castell, in memory of the lost fortress and honoring the popular name that has stayed out of the successive dominations. The main market square, surrounded by old military barracks, reminds the origins of this beautiful village. A must is the small harbor, Calas Fonts, where the old fishing warehouses are now restaurants serving fresh fish and lobster, or animated bars. Also see here the ancient fortress Lazaretto Hospital, where infective patients were housed  for a long period of quarantine.